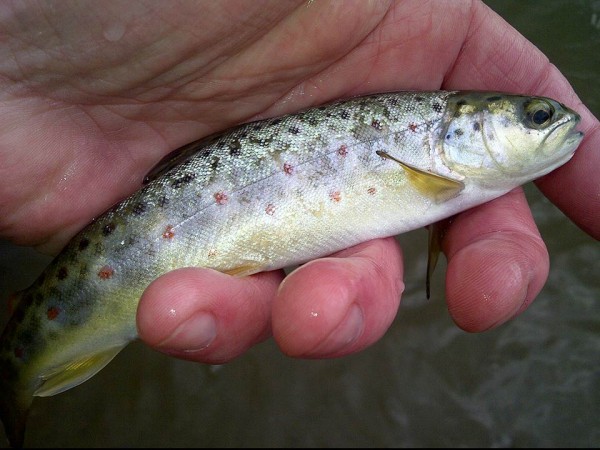 Young brown trout from upper river section. Juvenile trout have become more prevalent since the river enhancements have been created.

The River Welland is a typical lowland river flowing through the East Midlands to the Wash. As with many rivers, it has been highly manipulated in the past through flood management, straightening and water abstraction.

Ecology Link, in conjunction with the Environment Agency, Welland Rivers Trust and local landowners, have entered into a number of river restoration programmes to enhance riparian biodiversity and fisheries.

In some areas the channel was narrowed using bundles of wood and coir rolls. Limestone rock was used to protect and support the eroding banks from high winter flows. The exclusion of livestock from the banks will also reduce erosion and improve bankside vegetation. Cattle drinkers are being installed to control livestock access to the river.

During the autumn of 2013 a post enhancement survey was undertaken. This study focused on the modifications to channel morphology, by the implementation of restoration works. Over the last two years the enhancements have had time to establish, allowing a full review of these benefits. This highlighted the benefits to the terrestrial and aquatic environments. 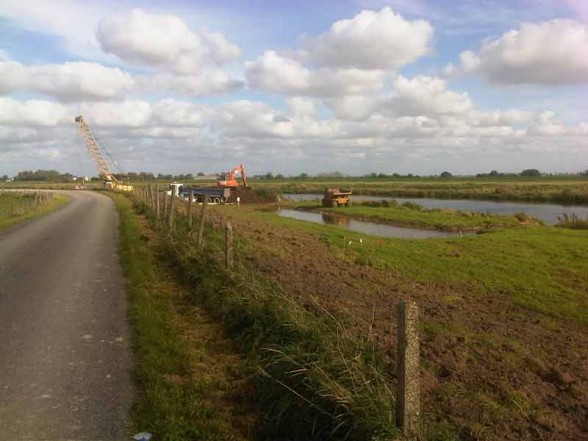 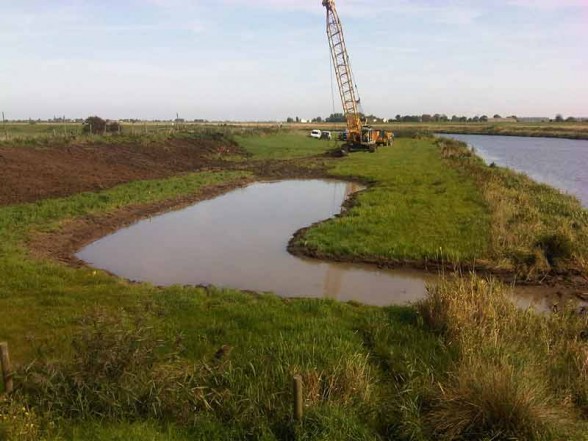 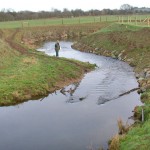 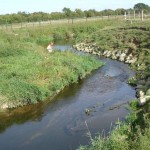 Banks were heavily poached, predominately by cattle, prior to fencing the banks (before). Two years after restoration the exclusion of livestock has allowed both terrestrial and marginal vegetation communities to re-establish (after). 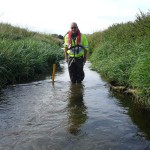 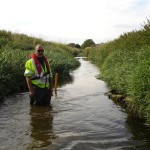 A series of deflectors were positioned along a straightened uniformed depth section of river (in 2011), to create structural diversity within the channel. This has now developed a pool and riffle substrate throughout, with the deflectors capturing gravels shallowing the river above and scouring pools downstream.