As part of the environmental evaluation and targeted higher level stewardship (HLS) programme of Stoneleigh Park, we were commissioned to undertake an extended Phase 1 habitat survey. The fieldwork included an audit of all ancient trees and woodland within the site. Our report included recommendations for protected species management and ecological enhancements, to be incorporated into the routine maintenance of the Parkland. 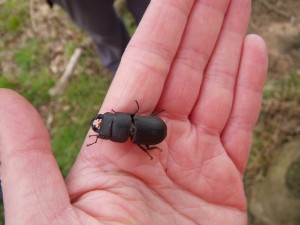 The survey aims were:

Stoneleigh Park is situated near the village of Stoneleigh in Warwickshire, and is home of the Royal Show. The River Avon and River Sowe meander through the site, the centre of which is dominated by the Royal Agricultural Showground (not surveyed as part of this assessment) and associated infrastructure. The land parcel owned by the RASE is covered by the recent HLS agreement and extends to approximately 372 ha.

The mosaic of arable, woodland, river corridor, remnant parkland and semi-improved permanent pasture has been earmarked for improvement under the options available through the Higher Level Stewardship (HLS) agri-environmental scheme. Contextually, Stoneleigh deer park is recognised as the best former wood pasture site in Warwickshire by virtue of the large assemblage of 300 year old oaks in a region that critically holds approximately 9% of England’s wood pasture and parkland resource (Warwickshire Wildlife Trust, 2005).