In 2015 and 2016, Ecology Link completed numerous badger activity surveys across the UK.

Two projects involved obtaining both sett disturbance and sett closure licences to facilitate planned construction works; one at a school site in Nottingham, where the badgers had taken up residence under a pre-fab school classroom. It was a really interesting job, as upon building demolition and lifting of the floor panels, it became apparent that the badgers had not actually excavated any material, but were simply using the floor of the pre-fab building as a roof for their sett. 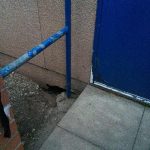 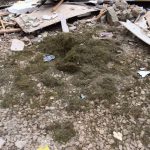 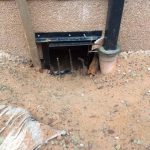 Other sites required bait marking surveys, to determine badger clan (social group) territory boundaries, before mitigation could be designed around them. One such example was for a large new road improvement scheme in Cambridgeshire.

Ecology Link was commissioned by a Local Authority to provide independent specialist survey and expert witness for a case of suspected illegal badger sett destruction. Numerous setts appeared to have been disturbed and destroyed without a licence. Ecology Link is continuing to liaise with Natural England and the Police.